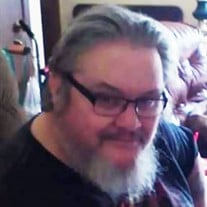 William "Bill" Byrd Daniel, Jr., 70, of DeWitt, VA, passed away on Friday, March 25, 2022. Born in Petersburg, VA and raised in Dinwiddie County, he was the son of the late William B. Daniel, Sr. and Ethel Wells Daniel. Bill was a 1972 graduate of Dinwiddie County High School. He was a retired Correctional Officer from the Virginia Department of Corrections after many years of dedicated service. He enjoyed hunting and riding his Harley Motorcycle. He was a former member of several motorcycle riding clubs. Bill will be remembered for his love for God, his family, and Harley Davidson Motorcycles. He was lovingly known by his grandchildren as "Big Pop." Bill is survived by his loving and devoted wife of 47 years, Ann Avery Daniel; three children, William "Billy" F. Daniel (Rachael), Kimberley "Kim" Davis (Jeremy) and Timothy "T-Byrd" B. Daniel; seven grandchildren, Willy, Ryan and Victoria Daniel, Brandon, Alexis and Forest Davis, and McKynsie Daniel; one great-grandson, Quincy Redmon; and a great-grand baby expected in August; his mother-in-law, Peggy Avery; one brother, Thomas "Tommy" Daniel (Margie); and two sisters, Beverly Lawson (Jack) and Janice Johnson (Phillip). The family would like to thank the nurses and staff from At Home Care and At Home Care Hospice for the care they provided, so Bill could be at home. A funeral service will be held at 11:00 a.m. on Friday, April 1, 2022 at the Dinwiddie Chapel of J.T. Morriss & Son Funeral Home with the Rev. Ray Watson officiating. Interment will follow in Asbury Memorial Cemetery, McKenney, VA. The family will receive friends from 6:00 p.m. to 8:00 p.m. on Thursday, March 31, 2022 at the funeral home. In lieu of flowers, contributions may be made to Dinwiddie Volunteer Fire & EMS Co.1, P.O. Box, 181, Dinwiddie, VA 23841 in memory of William "Bill" Daniel, Jr. Condolences may be registered at www.jtmorriss.com.

William "Bill" Byrd Daniel, Jr., 70, of DeWitt, VA, passed away on Friday, March 25, 2022. Born in Petersburg, VA and raised in Dinwiddie County, he was the son of the late William B. Daniel, Sr. and Ethel Wells Daniel. Bill was a 1972 graduate... View Obituary & Service Information

The family of William B. Daniel, Jr. created this Life Tributes page to make it easy to share your memories.

Send flowers to the Daniel family.