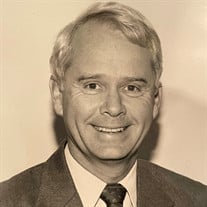 Through life and through the long, hard march towards death, Bob was a loving, kind, mindful, thoughtful, caring, steadfast, stalwart man. He was a man who approached life with a keen wit which drew others into his orbit. He was a student of life. Told that he should not pursue a college degree, he earned a BA (The Citadel - History), two master's degrees (University of Maryland - History and Political Science and Central Michigan University - MBA) and a PhD (Louisiana State University - Human Resources) - the last degree earned at age 61. He loved learning and was a voracious reader of all things history, especially military history. He belonged to the Richmond Civil War Round Table, and he loved touring battlefields, and if travel took him near one, he would immerse himself by walking it and its accompanying museum. His love extended to world history, the Goths, the Vikings, the Romans, ad infinitum - he wanted to absorb it all and seemed to remember it all as well. Bob came from a sports family and married into one, so sports news was always in the air. He was a fan of all teams Philadelphia, never betraying the city of his birth and childhood. As a boy, the seasons were marked as they still are by baseball, football, etc., and he played some high school baseball. As an adult and retiree, he enjoyed tennis and many friendships were made and endured through his years at MAC with his best buddies there. Of course, Bob's chief day-to-day passion was his children and grandchildren. He filled each one to the brim with his love. He was a present parent and grandparent, always attempting to engage them, to know what they were thinking, to listen to them. In summary, Bob was the best. He simply could not have been more. He loved and was loved. He will live in our memories and will be reflected in the way we live our lives. All is well. He is in God's hands. Robert Leroy Zehner, 81, of Chesterfield, VA, died on Friday, May 6, 2022. Born and raised in Philadelphia, PA, he was the son of Leroy Herman and Isabelle Zehner. He is survived by his wife of 55 years, Betsy; his brother, Roy and wife, Lindsey, of Beesleys Point, NJ; his children, Jeff and his wife, Laurie of Moseley, VA, Doug and his wife, Katherine of Chatham, NJ; and Alyson of Midlothian, VA; and his grandchildren, Ford, Calvin, Libby, Margaret, Andrew and Isabelle. He finished undergrad at the Citadel before graduating Army OCS. Later, he earned Masters degrees from University of Maryland and Central Michigan and his PhD from LSU. He worked as a Human Resources professional for Ethyl and Albemarle from 1974 until his retirement in 2001. The family will receive friends from 4:00 to 7:00 pm on Tuesday, May 10, 2022 at J.T. Morriss & Son Funeral Home in Chester, VA. In lieu of flowers, donations may be made to the CARES Foundation www.caresfoundation.org or www.IWMF.com for Waldenstrom's research.

Through life and through the long, hard march towards death, Bob was a loving, kind, mindful, thoughtful, caring, steadfast, stalwart man. He was a man who approached life with a keen wit which drew others into his orbit. He was a student of... View Obituary & Service Information

The family of Robert Leroy Zehner created this Life Tributes page to make it easy to share your memories.

Through life and through the long, hard march towards death,...

Send flowers to the Zehner family.