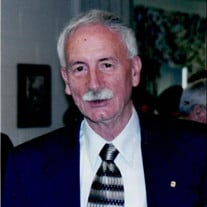 Robert (Bob) Whiting, 82, of Sutherland passed away on November 7, 2021. He was the son of the late Richard and Doris Whiting. He was preceded in death by his brother, David Whiting. He is survived by his wife of 58 years, Anita Olgers Whiting; two daughters, Shayne Whiting of Newport News (Patricia Wheeler) and Shawn Whiting Showalter (Wes) of Chesterfield; two grandsons, Caleb and Seth Showalter; a sister, Nancy Whiting Crawford (Bob) of Stafford; a sister-in-law, JoAnne Whiting of Colonial Heights; four nephews, two nieces and cousins in Canada. Bob attended Virginia Tech and Richard Bland College. He worked at several jobs before he started a career at Reynolds Metals Metallurgical Research Division where he stayed for 10 years. He left Reynolds to become co-¬owner and later owner of Custom Auto Parts in Petersburg which he operated for over 25 years. While living in Colonial Heights, he got very involved with the Colonial Heights Jaycees and earned a life membership for his volunteer work. A major interest in his life has been auto racing. He started drag racing as a teenager at the old Petersburg airport. In the early 1960's he and Anita moved to Florida where he began racing fuel dragsters. He continued to race fuel dragsters after they moved back to Virginia in 1966. Later he would race in the street and late model classes in the 1980's and early 1990's. Around 2002 he got involved in modified racing when he and two friends organized and managed for five years a group of modified drivers who traveled and raced in Virginia and North Carolina. He was a member of Ocran United Methodist Church in Sutherland, Virginia where the family will receive friends from 6:00 p.m. to 8:00 p.m. on Thursday, November 11, 2021. A funeral service will be held at 11:00 a.m. on Friday, November 12, 2021 at church. Interment will follow in the church cemetery. In lieu of flowers, contributions may be made to Ocran UMC, P. 0. Box 309 Sutherland, Virginia 23885. Condolences may be registered at www.jtmorriss.com.

Robert (Bob) Whiting, 82, of Sutherland passed away on November 7, 2021. He was the son of the late Richard and Doris Whiting. He was preceded in death by his brother, David Whiting. He is survived by his wife of 58 years, Anita Olgers Whiting;... View Obituary & Service Information

The family of Robert Gilford Whiting created this Life Tributes page to make it easy to share your memories.

Robert (Bob) Whiting, 82, of Sutherland passed away on November...

Send flowers to the Whiting family.