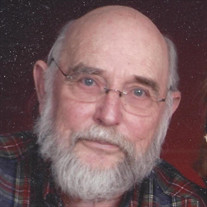 Robert Lee “RL” Knott III went to be with his Heavenly Father on 24 December 2021. RL was born 28 September 1944, in Abingdon, Virginia, the middle child of Robert Lee Jr and Mildred Louise (Linkous) Knott. His paternal grandparents were RL Sr and Orrie Mae (McGee) Knott of Bristol, Tennessee; his maternal grandparents were Frank Anderson and Mary Ann (Willis) Linkous of Coeburn, Wise County. He graduated from Abingdon High School in 1963 and moved to Hopewell to work at Firestone. It was there that he met his first wife Myra Lavell Gray from Perryville, Arkansas, and they were married in 1965 at St Anne’s Catholic Church in Bristol, Tennessee. RL and Myra had one son Robert Lynn, and she celebrated 25 years of service at Firestone before she passed in 1990. RL left Firestone to work as an ironworker in Hanover County and then as a commercial construction superintendent for J W Enochs, Inc in Hopewell for 20 years, supervising the building of numerous projects including the Bank of Southside Virginia branch office and PetSmart in Colonial Heights, the Big Dipper galvanizing plant in Petersburg, and the downtown campus of J Sergeant Reynolds Community College in Richmond. The last step in his career found him as Clerk of the Works for the Prince George County School Board for 14.5 years, retiring in 2014. His first assignment was the renovation of N B Clements Jr High, and during his tenure, he supervised the construction of the new School Board office and the new North Elementary. RL was an avid fisherman for many years and participated in several local bass fishing clubs. After taking up golf twenty years ago, he enjoyed many hours with his golfing buddy Randall Stanley of Petersburg up until four months before his death. He joined the Disputanta Ruritan Club in 2006 and served as secretary for numerous years. RL never forgot his roots and was a life member of the Historical Society of Washington County, Virginia. He is survived by his second wife Pattie Treakle Arwood with whom he shared 25 years of raising chickens, exploring antique and junk stores, roaming through cemeteries searching for the elusive ancestor, and just enjoying their golden years together. Also, son Robert Lynn Knott (Teresa) and two grandchildren, Robert Hunter (Taylor) and Hannah Elizabeth, all of Prince George; two sisters Barbara Knott Banyasz of Bon Air and Theresa Mae Knott of Mechanicsville; niece Sharon Hoban Farleigh (Randy), nephews Sean Hoban (Melissa) and Dr Daniel A Knott (Lauren); three grand-nephews and a grand-niece. Funeral arrangements are pending. Memorials may be made to the Historical Society of Washington County, Virginia, PO Box 484, Abingdon VA 24212, www.hswcv.org, or a charity of your choice. Condolences may be registered at www.jtmorriss.com.

The family of Robert Lee Knott III created this Life Tributes page to make it easy to share your memories.

Robert Lee “RL” Knott III went to be with his Heavenly Father...

Send flowers to the Knott family.