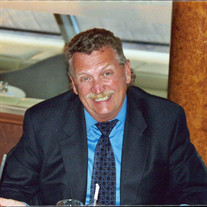 Robert Edward Catron Jr., “Bob”, went to be with the Lord on February 20, 2021 at the age of 70. Bob was born in Marion, VA on September 20, 1950 to the late Robert E. Sr and Mary Totten Catron. In addition to his parents, he was preceded in death by a sister, Margaret Foore and a brother, Doug Catron. Bob is survived by his wife, Susan Parker of Chester; son, Brian Catron of Overland Park, Kansas; daughter, Paula Perdue of Ashland; daughter and son-in-law, Tina and JD Franklin of Powhatan. Grandchildren, Haley, Brady and Jacob Catron of Olathe, Kansas; Austin and Hannah Perdue of Ashland and Jayden Franklin of Powhatan. Brother, Frank Catron (Patty) of Bristol, TN; Sisters, Cathy Blevins (Freddie) of Marion and Debbie Watson of Saltville, as well as a host of nieces, nephews, and other extended family including the mother of his children, Gennette Rogers (Danny). Bob served his country in the US Army from 1968 to 1971. He was immensely proud of his service in Vietnam, a total of 19 months and 29 days to be exact! He was awarded the following, National Defense Service medal; Vietnam Service Medal w/1 Silver Service star; Republic of Vietnam Campaign Medal; Aircraft Crewman Badge; Sharpshooter (Rifle) and Army Commendation Medal w/1 Oak Leaf Cluster. Bob owned The Frank Howell Company for many years until 2002. He opened a Cotman Transmission franchise store in 2001 and sold it in 2006. He was a salesman at heart and worked for several different companies – Encore Marketing, Sears Home Improvement, George S May, hhgregg and even sold condos in St Thomas for a little while. His gift of gab and outgoing personality served him well. Bob retired in 2014 and enjoyed shooting pool, fishing, and golf. A funeral service will be held at 11:00am on Thursday, February 25, 2021 at the Chester Chapel of J.T. Morriss & Son Funeral Home. The family will receive friends one hour prior. Attendance is limited; however, services will be livestreamed on the J.T. Morriss website. Interment will be private at take place at Virginia Veterans Cemetery. In lieu of flowers, please consider a gift to any organization that honors our military veterans or to the Multiple Myeloma Foundation. Condolences may be registered at www.jtmorriss.com.

The family of Robert Edward Catron, Jr. created this Life Tributes page to make it easy to share your memories.

Send flowers to the Catron family.