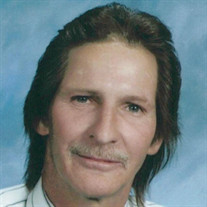 Robby Len Clary, AKA Little Brother and Rob, 63, of Prince George County, left his earthly home, December 31st, 2021. He was preceded in death by his father, Carlton G. “CG” Clary, brother-in-law, David Atkins, special friend/soul mate, Barbara Fuzy; his grandparents, Samuel and Gertie Clary and Henry Clary, of Gasburg, VA, and grandmother Dorothy Virginia Clary, of Hopewell. He is survived by his most loving and devoted mother, Margie Clary; sisters, Melody Bennett and Spring Clary Atkins, all of Prince George, VA; his son, Eric Clary and grandson, Ryan Clary of Colonial Heights VA; estranged son, Westwood Donnally; nephews, Cory Lawson, Blake Lawson and Dakota Bennett, all of Prince George, VA, niece Caleigh Atkins of Dinwiddie, VA, and numerous uncles, aunts, cousins, and friends. Robby was born and raised in Hopewell, VA. He graduated from Hopewell High School in 1977. He worked for his father as a heavy equipment operator at VA Excavators Inc., until the business closed. During this time, he was known as one of the best operators in his field of work. Robby loved the outdoors and his friends and family. He was a Christian and loved watching Charles Stanley on TV. He was always willing to help others in need and was known to give freely to anyone that asked. In his younger years he enjoyed boating and was an avid shalom and barefoot water skier. Throughout his life, Robby faced many medical challenges and fought through all of them with success including overcoming his alcohol, drug, and cigarette addiction while recovering from a stroke. However, he was unable to overcome a stroke. He was definitely one of a kind and did things his way! He will definitely be missed. A thank you to Shirley Root, and Laura and Erica of Hospice of VA for your loving care. A graveside service will be held on Thursday, January 6, 2021, at 1100 AM, Appomattox Cemetery, Hopewell, VA, with Tommy Clary officiating. Family will receive friends at their Prince George residence, 4115 Pfost Ave. In lieu of flowers, contributions can be made to your favorite charity or Prince George Emergency Crew, 10800 Prince George Drive, Disputanta, VA 23842. Condolences may be registered at www.jtmorriss.com.

The family of Robby Len Clary created this Life Tributes page to make it easy to share your memories.

Send flowers to the Clary family.