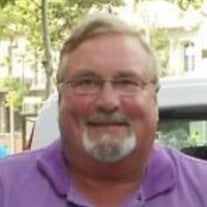 On Thursday January 28, Phillip Seward Brown age 74, passed away peacefully and he headed toward “hot rod heaven” where he intends to build the best 32 Ford that has ever hit the streets of Petersburg. Phil was a lifelong resident of Petersburg and was a friend to many. He spent most of his childhood growing up on Johnson Road whose location provided him with easy access to the Country Club where he would swim in the summer and sleigh ride on upturned CoCa-Cola signs in the winter. A large section of wooded land behind his house provided the setting for many adventures which included building forts and digging prehistoric fossils from the creek that ran through the woods. One of his very early prized possessions was a Hopalong Cassidy cowboy outfit complete with hat, monogrammed shirt, and a pair of shiny cap pistols which he sometime wore when he went to bed at night. Phil had an innate mechanical ability which during his teenage years led him to work on a succession of cars in his driveway much to the dismay of the next door neighbor who maintained their premise in a pristine and orderly manner. After completing high school Phil began his career in the automotive industry by working for several automotive repair shops. His business career began in earnest after Phil developed a property on Bollingbrook Street and opened a Midas Muffler Shop which he ran until the early 2000’s. He was generous and kind to a fault, especially in the business rental transactions where he would be sympathetic to the problems of his tenants even when it resulted in financial losses and he would help anyone in need. He had a wicked sense of humor and loved to play pranks on people. He loved all animals and served on the board of directors for the Petersburg – Colonial Heights SPCA. Phil was a caring, loving son, husband, father, and brother. He will be missed by many. Phil was predeceased by his father, Walter H. Brown, Jr., mother, Nan Seward Brown-Jones, brother, Richard Scott Brown, and sister-in-law Myrna B. Brown. He is survived by his wife Carolyn Churn Brown, his stepsons, Tyler G. Kirks (Jamie), Jonathan B. Kirks, his step grandson, Colton G. Kirks, his brother, Walter “B” Brown III, his mother-in-law, Martha W. Churn, a niece and nephew, and two special dogs, Sugar and Maggie. Memorial contributions in his memory may be made to the SPCA of Petersburg Colonial Heights 104A Pickwick Ave, Colonial Heights, VA, 23834. A celebration of life will be held at a later date.

On Thursday January 28, Phillip Seward Brown age 74, passed away peacefully and he headed toward &#8220;hot rod heaven&#8221; where he intends to build the best 32 Ford that has ever hit the streets of Petersburg. Phil was a lifelong resident... View Obituary & Service Information

The family of Phillip Seward Brown created this Life Tributes page to make it easy to share your memories.

Send flowers to the Brown family.