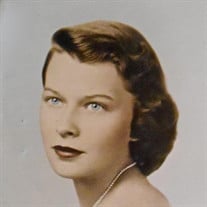 Martha Taylor Shackelford, 90, of Richmond, Virginia and Wilmington Island, Georgia, formerly of Petersburg, Virginia, died September 24, 2021. Born and raised in Savannah, Georgia, she was the daughter of the late Charles Walter Taylor and Mary Elizabeth Jones Taylor. She was preceded in death by her beloved husband of fifty years, Gordon Deshler Shackelford, Jr. and her brother, Charles Walter Taylor, Jr. She is survived by her son, Gordon Taylor Shackelford and her daughter, Martha Dabney Shackelford of Richmond, and her sister, Jane Taylor Torrance of Savannah, as well as several nieces and nephews. She was a graduate of Southern Seminary Junior College in Buena, Vista, Virginia, where she was co-founder of The Central Virginia Alumnae Chapter, on the President’s Advisory Board and on the Board of Trustees. She was raised and married in St. John’s Episcopal Church in Savannah, and upon her marriage was active in many areas in Christ and Grace Episcopal Church, Petersburg, including teaching Sunday School, being Alter Guild Chairman, Brownie Troop Leader and Cub Scout Den Mother. She made her debut and taught ballet in Savannah. While living in Petersburg, she was a member of the Country Club of Petersburg and the Raleigh Parrish Garden Club. She was President of the Petersburg Garden Club and the Petersburg Home for Ladies. She was a founding member of “The Bridge Club”. Her family will hold a memorial service at 2:00 p.m. Monday, October 4, 2021 at St. Stephen’s Episcopal Church, 6000 Grove Avenue, Richmond. Masks are required. The service will be live streamed for those who cannot attend. A reception will follow the service at her home. Burial will follow at 2:00 p.m. on Wednesday, October 6, 2021 at Bonaventure Cemetery, Savannah, Georgia. In lieu of flowers, donations may be made to Friends of the Historic Farmers’ Bank, Petersburg, St. Stephen’s Episcopal Church, Richmond, or St. John’s Episcopal Church, Savannah. Condolences may be registered at www.jtmorriss.com.

The family of Martha Ann Taylor Shackelford created this Life Tributes page to make it easy to share your memories.

Send flowers to the Shackelford family.