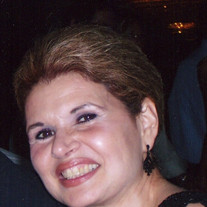 Margaret Toal, 71, of Chester, VA, died February 8, 2022. Born and raised in New York City, she was preceded in death by her parents, John J. Mahoney and Frances Ruiz D'Amico; stepfather, Rocco D'Amico; and grandson, Aidan Harrington. She is survived by her husband of 48 years, Michael J. Toal; daughters, Margaret (Paul) and Maureen (Jeff); and grandchildren Brendan, Connor, and Savannah. Margaret graduated from Felician College and then received her Master's Degree in Education from New Jersey City University. She enjoyed teaching middle school and special education for many years in Union City, New Jersey and continued teaching in Germany after relocating with Michael. As a military wife, she also taught soldiers wishing to further their careers. Michael and Margaret continued relocating throughout the world over the next 30 years. Some of Margaret's favorite places include Schofield Barracks, Hawaii; Newport, Rhode Island; Okinawa, Japan; Athens, Greece; and Southport, North Carolina. In each place she lived, Margaret was active in her community and spent countless hours volunteering. She was quick to make friends, hosted many parties and dinners, and enjoyed being the gathering house for neighborhood children. After settling in Chester, Margaret continued to travel the world until the last couple of years. Margaret filled the house with love, dancing, music, fresh homemade meals (along with the smell of garlic), a love for education, and plenty of hugs and kisses. A wake will be held at St. Ann's Catholic Church (1711 Emancipation Hwy., South Chesterfield, VA 23834) on Friday, February 11, 2022 from 6:00 p.m. - 8:00 p.m. The funeral mass will be held on Saturday, February 12, 2022 at 11:00 a.m. Interment will be at Arlington National Cemetery at a later date. In lieu of flowers, donations may be made to the Richmond SPCA (2519 Hermitage Rd., Richmond, VA 23220). The family is being served by J.T. Morriss & Son Funeral Home - Chester Chapel. Condolences may be registered at www.jtmorriss.com.

The family of Margaret Ann Toal created this Life Tributes page to make it easy to share your memories.

Send flowers to the Toal family.