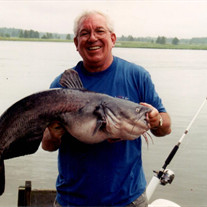 Julian Ernest (Jack) Bowles, 79, of Chester, Va., passed peacefully on May 3, 2022, surrounded by the love of his family. He was preceded in death by his parents, Robert Bradford Bowles and Winnie Webb Bowles; his sister, Beverly Bowles Throneburg; and his brother, Norman Grey Bowles. Jack is survived by his brother, Robert Bradford Bowles, Jr. (Shelby), of Chester; his children, Julian Ernest (Jack) Bowles, Jr. (Violet Woo) of Great Falls, Va, Paige Bowles Saunders (Paul) of Chester, Shannon Bowles Fowler (Chris) of Chesterfield, and Meghan Chandler Bowles of Chesterfield; grandchildren, Julian and Chandler Bowles, Sydney Saunders Kolesar, Jordan Fowler Heisler, Joshua Fowler, Morgan Gibbs, and Maci Bowles; great-grandchildren, Olivia, Owen, Hayden, and Emerson. His family was Jack's greatest passion. His loyalty and care for his family knew no bounds unto the very end. He was always there for them. Jack graduated from Radford (Va.) High School and worked in manufacturing for Firestone Fibers and Textiles in Hopewell, and AT&T and Lawson Mardon in Richmond. He possessed a remarkable work ethic that amazed his colleagues and friends, which he passed on to his children. Jack enjoyed hunting, fishing, farming, and hiking. He was an avid Virginia Tech and college sports fan. A memorial service will be held at 1:00 pm on Friday, May 13, 2022, at the Chester Chapel of J.T. Morriss & Son Funeral Home. The family will receive friends there starting at 12:00 pm. Condolences may be registered at www.jtmorriss.com. The family would like to thank William Blackwell, Dr. William Reed, and the outstanding nursing staff on the first floor of the Parsons Health Center for their compassionate care. They are angels. In lieu of flowers, the family requests memorial gifts be made to the Westminster Canterbury Foundation Annual Fellowship Fund, 1600 Westbrook Avenue, Richmond, VA. 23227. (https://foundation.wcrichmond.org/senior-living-donations-richmond-va).

Julian Ernest (Jack) Bowles, 79, of Chester, Va., passed peacefully on May 3, 2022, surrounded by the love of his family. He was preceded in death by his parents, Robert Bradford Bowles and Winnie Webb Bowles; his sister, Beverly Bowles Throneburg;... View Obituary & Service Information

The family of Julian Ernest Bowles created this Life Tributes page to make it easy to share your memories.

Send flowers to the Bowles family.