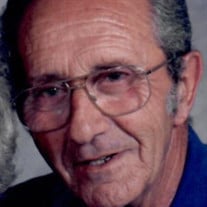 Orlando, Joseph John, 91, of Hopewell, departed this life on December 4, 2021. He was born October 12,1930 in Bronx, NY. He was the son of the late Alba Amuso and Fred Orlando. He was preceded in death by his wife of 60 years, Betty Thompson Orlando. He is survived by his daughter, Leslie Orlando and his son, Joseph J. Orlando, Jr. (Linda); his grandsons, Joseph J. Orlando III (Christina), and Zachary D. Orlando (Elizabeth); a great-grandson, Beau Daniel Orlando and a great-granddaughter, Charlotte Anne Orlando; and by his brother, Calogero Orlando and a sister, Vincenza Locicero (Benny) of New York, and many nieces and nephews. Joe joined the U.S. Army in 1948 and proudly served in both the Korean War and in Germany. He retired as a MSGE8 in 1969 after more than 20 years of service. After leaving the military, he was employed by Sears & Roebuck. Joe joined the ranks of the Hopewell Sheriff Department in 1976, serving first as a deputy and later as Sheriff. In 1981, he became a magistrate for the Hopewell-Prince George district and retired in 1993. Joe was a member of the Hopewell Optimist Club since 1961. He served 2 terms as president. He enjoyed working with the youth of the city, especially participating in the baseball and fishing tournaments and scholarships drives. In his younger years, he loved to work at the Christmas tree lot. He was a member of the American Legion Post 146 and visited daily in his later years. He was a member of First United Methodist Church of Hopewell. Joe was an avid golfer and fisherman. He loved time spent with his family and friends. He was a man who knew how to laugh and how to make others laugh. He was proud of his service to his country and proud of his family. He was a man who enjoyed life and loved his family. The family will receive friends on Friday, December 10, 2021 at the Hopewell Chapel of J.T. Morriss & Son Funeral Home from 6:00 p.m. until 8:00 p.m. A service will be held Saturday, December 11, 2021 at First United Methodist Church at 11:00 a.m. In lieu of flowers, donations can be made to St. Jude’s hospital, a charity Joe supported throughout his life. Condolences may be registered online at www.jtmorriss.com.

Orlando, Joseph John, 91, of Hopewell, departed this life on December 4, 2021. He was born October 12,1930 in Bronx, NY. He was the son of the late Alba Amuso and Fred Orlando. He was preceded in death by his wife of 60 years, Betty Thompson... View Obituary & Service Information

The family of Joseph John Orlando, Sr. created this Life Tributes page to make it easy to share your memories.

Orlando, Joseph John, 91, of Hopewell, departed this life on...

Send flowers to the Orlando, family.