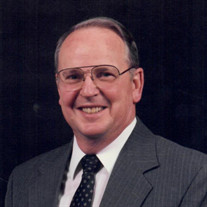 John Garland Firebaugh, Sr., 87, of Chester, VA, passed peacefully to his eternal home on November 23, 2021. John is survived by his loving wife of 38 years, Lynn Firebaugh; sister, Judith Firebaugh Perez; brother, Leonard F. Firebaugh; sisters-in-law, Mary Alice Firebaugh and Chappie B. Firebaugh; son, John “Jay” Garland Firebaugh, Jr. (Mollie); daughters, Dianna Firebaugh Clouse (Randy), Sarah Atkins Jenkins (Steve); granddaughters, Ashleigh (Ian), Heather (Kyle), Allie, Lucy, Hattie; grandsons, Michael, Lance (Shannon), Trevor, Dustin, Tommy (Karen), Patrick (Jordan), Daniel, Nathan; great-grandchildren, Cody, Blakeleigh, Greyson, Jessa, Kayleigh, Morgan, Finn, Nolan, Christian; daughter-in-law, Tobee L. Firebaugh; numerous nieces, nephews, other relatives, and friends. He was preceded in death by his parents, Annie Lucille Smith and Lee Harvey Firebaugh, Sr.; his sisters, Viola Gertrude Firebaugh, Dorothy Francis Firebaugh Gaddy, Annie Mae Firebaugh Lyles, Alice Rebecca Firebaugh Pfaff; his brothers, Lee Harvey Firebaugh, Jr., James Madison Firebaugh, David Malcolm Firebaugh; and his dear son, Gregory Taylor Firebaugh. John, the seventh of ten children, was born August 8, 1934, in a two-story frame house overlooking the James River at Greenlee, VA. He graduated from Washington and Lee University with a BA in 1957. After college, John moved to Washington, D.C., and taught 8th grade math and algebra at Groveton High School. He quickly realized that this was not his career path. Perhaps, he judged his performance too hastily. About four years ago, a student from this math class called him, visited him in Chester, and thanked him for being his teacher. The student’s opinion was very different than John’s. As a matter of fact, the student recently wrote: “A good man and a great-hearted teacher. I loved him… I could never really feel that I let him know just how thankful I will always be [for him].” At age 24, he accepted a position at the Pentagon and attended his first class in computer programming. He had found his niche. Other programming and analyst positions followed at DGSC, Systems Engineering Corporation (9 years), and the Life of Virginia (24 years). He retired in 1991. John mourned the passing of his parents, his siblings, and his in-laws, demonstrating his deep devotion and love. No loss affected him more than the death of his son, Greg, to cancer 9 years ago. At Greg’s service, John was heard saying, “I learned a lot from Greg.” Throughout his life, John was devoted to God. He used his many talents in service to the Lord, including leadership positions of Deacon, Treasurer, Sunday School teacher, and more within the Pentecostal Holiness churches. He was a member of many organizations that were dedicated to promoting God’s work. He was a longtime worshipper at Centralia Presbyterian Church. John had no vices… unless you include watching sports, playing golf, keeping up with the news, and never parting with any food no matter how expired. As he was nearing his death, John had numerous visitors stopping in for short visits. With each person, he continued to show his caring manner. He always concluded with an expression of gratitude and love. Many times, with a prayer by him or his guest. We are the ones who were blessed by his graciousness, his devotion to country, family and God, his Christian values, and his love. Visitation: Sunday, November 28, 2021, from 6:00 p.m. to 8:00 p.m. at the J.T. Morriss & Son Funeral Home Chester Chapel. Funeral: Monday, November 29, 2021, at 11:00 a.m. at Centralia Presbyterian Church, 4625 Centralia Rd, Chester, VA. Interment follows in Sunset Memorial Park, Chester, VA. In lieu of flowers, donations may be made to Centralia Presbyterian Church – ESL (English as a Second Language) Program. Condolences may be registered at www.jtmorriss.com.

The family of John Garland Firebaugh, Sr. created this Life Tributes page to make it easy to share your memories.

Send flowers to the Firebaugh family.