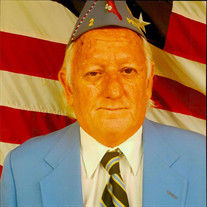 James (Jimmy) Jackson, 70, of Hopewell, VA, died October 23, 2021. Born and raised in Hopewell, VA, he was the son of the late Warren Albert and Mildred Lucille Jackson. He was a loving husband to Becky and father to her children for 23 years. He also loved and cherished his grandchildren-by-love, Sean Gleason and Arria Adkins of Colonial Heights, and Travis and Trevor Kisler of Steelton, PA. He served in the Army during the Vietnam War. He retired from Honeywell after 33 years of service and was Vice President at his local Union Hall. Then he proceeded to work, as well as be a member, at the Hopewell Moose Lodge, and then went to be the Administrator at the Colonial Heights Moose Lodge, then the Social Quarters Manager at American Legion Post 2 in Petersburg, VA. Where he also was a member, he loved to drive the limos for Sean Brooks Limo Service. When he wasn’t working, he was involved with the ACCA Shriner’s Mini Patrol and was also a Mason. He would also be there to help his friends and family. He loved to go to Nags Head with his family and friends to fish, also to tailgate at the Richmond Racetrack. He was a diehard Green Bay Packers fan and loved coaching youth football and softball. He and his wife traveled around the country to conventions for the Loyal Order of Moose. In addition to his parents, Mr. Jackson was preceded in death by a brother, Larry Jackson. He is survived by his wife of 17 years, Rebecca (Becky) Jackson; a brother, Warren (Jackie) Jackson, Sr. and his wife, Francis of Petersburg; a sister, Lucille Bradley of Hopewell and her family. The family will receive friends on Monday, November 1, 2021 from 6:00 pm until 8:00 pm at J.T. Morriss & Son Hopewell Chapel. A Graveside Funeral Service will be held at 2:00 pm Tuesday, November 2, 2021 in Appomattox Cemetery. Condolences maybe registered online at www.jtmorriss.com.

James (Jimmy) Jackson, 70, of Hopewell, VA, died October 23, 2021. Born and raised in Hopewell, VA, he was the son of the late Warren Albert and Mildred Lucille Jackson. He was a loving husband to Becky and father to her children for 23 years.... View Obituary & Service Information

The family of James Harrell Jackson created this Life Tributes page to make it easy to share your memories.

Send flowers to the Jackson family.