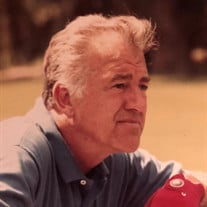 Frederick D’Oench Bergen, M.D., age 89, passed away peacefully in his Petersburg home on April 7, 2021, surrounded by his adoring family. He smiled contentedly as they reminded him how much he is loved. Fred was born to Alice and Robert L. Bergen on February 16, 1932 in Jamaica, NY. He grew up in Hempstead, NY, graduating from St. Paul’s High School, where he was an academic standout. In addition, he lettered in football, baseball, basketball, and golf. He continued his education at Williams College and was a leader on the golf team, competing against the best players of the time, including Arnold Palmer. From there, he moved on to Medical School at Cornell, then completed his residency and fellowship training in both General Surgery and Cardiothoracic Surgery at Wake Forest University. Following his residency in 1964, he joined the medical staff at Petersburg General Hospital as the first member to be Board Certified in Vascular and Thoracic Surgery. Soon thereafter, he performed the first implantation of a cardiac pacemaker at that hospital. Fred was widely known in the medical community as a gifted surgeon with an extremely high aptitude for diagnostic accuracy until his retirement in 1997. Throughout his career, Fred was greatly respected by his peers and widely loved by his patients. In addition to participating in multiple Medical Societies such as the AMA, MSV, and the Southern Thoracic Surgical Association, Fred supported his community through the Rotary Club. He had a wide variety of interests including golfing, hunting, skiing & aviation. He always relished an engineering challenge and was an accomplished wood craftsman. He also loved time at the beach and “THE RIVAH” with his family. Following his retirement, Fred and Margaret Ann’s passion for travel took them to a multitude of countries where they explored varied cultures and cuisines. But he will be remembered most by his family and friends as a loving husband of 52 years and a father and grandfather who always put his family first. Along with his parents, Fred was predeceased by his brother Robert L. Bergen, Jr. He is survived by his wife Margaret Ann, son Wayne Bergen and wife Lee, daughter Elizabeth Fidler and husband Rob, son Fred Bergen Jr. and wife Rese, and son Jay Bergen and wife Kitty. He is also survived also by 8 loving grandchildren: Kelsey Wood (Jacob), Graham Bergen, Morgan Dickie, Brooke Dickie, Trey Bergen, Savannah Bergen, Ben Bergen and Meg Bergen. A private graveside service will be held at Blandford Cemetery. The family requests that in lieu of flowers, donations be made to Christ and Grace Episcopal Church or charity of your choosing. Condolences may be registered at www.jtmorriss.com.

Frederick D&#8217;Oench Bergen, M.D., age 89, passed away peacefully in his Petersburg home on April 7, 2021, surrounded by his adoring family. He smiled contentedly as they reminded him how much he is loved. Fred was born to Alice and Robert... View Obituary & Service Information

The family of Frederick D' Oench Bergen created this Life Tributes page to make it easy to share your memories.

Send flowers to the Bergen family.