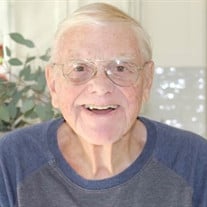 Edward Emeric Ruhnke, Jr., M.D. "Ted" age 84, died March 11, 2022. A native of East Orange, N.J. born in 1937, he was the eldest son of Edward E. Ruhnke, Sr. and Marion Virginia Ruhnke. After attending public schools, he attended Princeton University from 1955 - 1959. A chemistry major, he was a member of the Triangle Club and took his meals at the Tower Club. He attended medical school at the University of Virginia from 1959 to 1963 where he was a member of ODK, the Raven Society, T.I.L.K.A., the Phi Chi medical fraternity and served on the Honor Council. He married Mary Stewart Booth of Petersburg, VA shortly after graduation and they moved to Hartford, CT where he served an internship and Ob/Gyn residency from 1963 to 1968. Following 2 years of Ob/Gyn practice in the U.S. Army Medical Corps, he entered private practice in Petersburg with Petersburg Ob/Gyn Associates, Ltd which later became Riverview Physicians for Women. Dr. Ruhnke was a Fellow of the American College of Ob/Gyn, a Fellow of the American Fertility Society, a member of the AMA, Medical Society of Virginia, Richmond Ob/Gyn Society and numerous other medical and school related organizations. Ted is survived by Mary Stewart Ruhnke, his wife of 58 years; a son, Edward E. Ruhnke III of Hatteras Island, N.C.; a daughter, Sarah Elizabeth McVay (Chris) of Johns Creek, GA; grandchildren, Tyler, Mary Scott and Matthew McVay; brothers, David A. Ruhnke (Jean Barrett) of Montclair, N.J. and James S. Ruhnke (Jane) of Toms River, N.J.; nephews, Chris Ruhnke (Melissa) and Mike Ruhnke and their children; nieces, Megan Mistichelli (Joe), Beth Barrett Oakley (Tim) and Annie Ruhnke Wells (Nathan) and their children. In addition to his professional activities, Ted was very active with Tri-Cities Habitat for Humanity as a founding member, building chairman and retired construction associate. He was concerned with the problems of low-income housing and served as the Chairman of the Petersburg Redevelopment and Housing Authority. He was the Governor's selection for Outstanding Senior Volunteer in Virginia for 2012. He was also active with St. Paul's Episcopal Church in Petersburg, serving in many roles including Senior Warden, lay reader, and a longtime member of the choir. He was a board member of the Richard Bland College Foundation and remained very active with the University of Virginia Medical Alumni Association. Many happy days were spent in Sandbridge enjoying the beach over the course of 48 years. There will be a visitation at the Petersburg Chapel of J.T. Morriss & Son Funeral Home on Tuesday, March 15, 2022 from 5:00 p.m. to 6:30 p.m., with a service at St. Paul's Episcopal Church on Wednesday, March 16, 2022 at 11:00 a.m. There will be a private interment following the service. In lieu of flowers, contributions may be made to Tri-Cities Habitat for Humanity, P.O. Box 3707, Petersburg, VA, 23805 or St. Paul's Episcopal Church. Condolences may be registered at www.jtmorriss.com.

The family of Dr. Edward Emeric "Ted" Ruhnke, Jr. created this Life Tributes page to make it easy to share your memories.

Send flowers to the Ruhnke family.