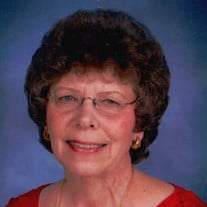 Dorothy Ann "Dotty" Brewer, 72, of Colonial Heights, died on Sunday, March 13, 2022 from cancer. She was the daughter of the late Mary Wilson Vaughan and George D. Brewer, Jr. Dotty was a retired communications officer from Prince George Police Department. She previously worked as an Assistant Vice President and Branch Manager for First Colonial Bank and, prior to that, she served as a Manager of Proof and Transit for First Virginia Bank Colonial. She was born in Petersburg and attended Petersburg schools until she was thirteen. She was a 1967 graduate of Dinwiddie High School. She held a diploma from American Institute of Banking and graduated from Richard Bland College. She was a member of Phi Theta Kappa International Honor Society. Dotty was a lifelong member of Second Baptist Church in Petersburg and served as its historian. She was also proud to have served over the years as a deacon, member of Finance Committee and a member of the Sanctuary Choir. She is survived by her brother, George David Brewer III; three nieces, Vickie Marie Brewer, Phyllis Brewer Fox (Bubba), and Laura Brewer Hall; one nephew, Christopher Brandon Brewer; four great-nieces, Rebecca Branch, Renee Fox, Rachel Walker, and Elyse Fox; two aunts, Joyce Wilson Lipford (Grayson), and Doris Wilson Wells; and a host of cousins. The family will receive friends from 6:00 p.m. to 8:00 p.m. on Friday, March 18, 2022 at the Petersburg Chapel of J.T. Morriss & Son Funeral Home. A funeral service will be held at 11:00 a.m. on Saturday, March 19, 2022 at Second Baptist Church, 3355 Johnson Rd., Petersburg, VA 23805. Interment will be private. Condolences may be registered at www.jtmorriss.com.

The family of Dorothy Ann Brewer created this Life Tributes page to make it easy to share your memories.

Send flowers to the Brewer family.