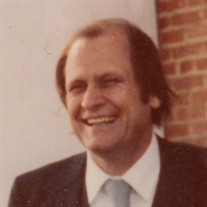 Donald Erwin Hines, 77, of Chester, Virginia, passed away on February 9, 2022. Born in Smithfield, North Carolina, he was the son of the late Floyd Derward and Louie Pearl Hines. He is survived by his devoted wife of 40 years, Patricia Storey Hines; a son, Joshua Robert Hines (Erica); and a daughter, Katherine Hines Nowak (Benjamin); grandchildren, Silas Hines, Amelia Hines, Anna Nowak, and Elizabeth Nowak. He is also survived by loving siblings, Judy Gail Flowers, Evelyn Dell Lundy, and Charles Derward Hines. He is missed by nieces, nephews, cousins, and special family friends. In 2000, Don was inducted into the Hall of Fame at North Carolina Wesleyan for his outstanding performance on the basketball court. His passion for sports was unwavering throughout his life. Don shared his love of history with students as a teacher for 11 years before attending law school at the University of Richmond. He served as a prosecutor in the Office of the Commonwealth's Attorney in Chesterfield County. He continued his legal career in private practice until retiring in 2003 after a stroke. Don lived his last twenty years with the same unwavering grit and determination that helped him overcome all of life's obstacles. Don's love of music was central to his life, and he shared this love with his family. He inspired the same love in his children, shuttling them to many practices and performances. Don made sure that music was the highlight of family gatherings with perfect picks from his extensive music collection to an impromptu concert from his beloved grandchildren. A memorial service will be held on February 12th, 2022 at 11:00 AM at Chester Presbyterian Church. The family will receive friends following the service at the church. Internment will be private. In lieu of flowers, the family asks that donations be made to the Bensley-Bermuda Volunteer Rescue Squad. The family is being served by the Chester Chapel of J.T. Morriss & Son Funeral Home. Condolences may be registered at www.jtmorriss.com

Donald Erwin Hines, 77, of Chester, Virginia, passed away on February 9, 2022. Born in Smithfield, North Carolina, he was the son of the late Floyd Derward and Louie Pearl Hines. He is survived by his devoted wife of 40 years, Patricia Storey... View Obituary & Service Information

The family of Donald Erwin Hines created this Life Tributes page to make it easy to share your memories.

Donald Erwin Hines, 77, of Chester, Virginia, passed away on...

Send flowers to the Hines family.