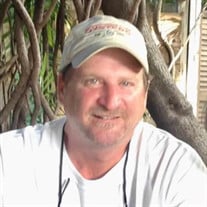 Daniel Winston Harlan, Sr., 64 ended his private and courageous battle with cancer at his home in Disputanta, Virginia on June 28, 2021. Dan was a devoted and loving husband, father, and grandfather. Having met the love of his life, Darlene Harless Harlan, in the seventh grade, they dated through high school, college, and after for ten years. Dan and Darlene were married and constant companions, making priceless memories for 39 years. They have two sons, Daniel Winston Harlan, Jr. (Shareika), and Graham Patrick Harlan (Leah); grandchildren, Mia Joy Harlan, Logan Graham Harlan, and Dominic James Harlan. He also was thrilled with the news of his third grandson due in October, Graham Patrick Harlan, Jr. He is also survived by a brother, John William Harlan III (Martha); nephews, Max and Jake Harlan; a special sister-in-law and brother-in -law; Vickie Harless-Aultman (Klaus) and David Harless; and several nephews and nieces. A lifelong resident of Hopewell and Prince George, Dan graduated from Hopewell High School and Virginia Tech with a degree in business. He was co-owner of Harlan Construction from 1996 to 2016. He was very successful due to his innate ability to treat everyone the same, from Plant Managers to laborers and everyone in between. He was extremely grateful that he saw his father, brother Will, and son Daniel at work every day in the family business. Also, that he was able to help with his son Graham’s oyster farm job a few times. He and his brother, Will, took a memorable trip to the Southwest that he cherished. Dan was an avid sports fan and especially loved watching Virginia Tech Hokies football and basketball, as well as the San Francisco Giants baseball team with his sons. He was a member of The Hopewell Saltwater Anglers Club. Only his wife, family and closest friends knew he was a “closet” stand-up comedian. His quick wit and dry sense of humor kept them rolling with laughter, with his hilarious stories of family, friends and people he worked with. His favorite stage was in “the shed,” where he spent most of his time, watching sports, reading, listening to music and making “whippy-doodles” and walking sticks. He enjoyed listening to live music in small venues, especially at the Beacon Theatre. Going to his property on Ward’s Creek with his dogs and family to fish and crab was also a favorite pastime. More than anything, Dan loved spending time at his cottage on the Rappahannock River in White Stone with Darlene, their dogs, kids and grandkids. They harvested his oysters, fished the pier, boated, and took long walks on the beach. “Ga Ga” to his precious grandchildren, Dan was a modest man who was quiet, kind, gentle, generous, and funny. He had many friends. His childhood friends; Tripp Wilson, Billy Bellefontaine, Fred Ramsey, Kim Fowle, James Schulhof, and Mike Kristensen remained his best friends for his entire life. He stayed very close to his high school friends as well. Friends he made at Virginia Tech met frequently and took annual Key West trips which he treasured. These friends, the people he knew through work and the other lucky ones he met along the way will hopefully remember him with a smile. Lately, Dan and Darlene could be sighted in Hopewell or the back roads of Prince George, taking leisurely rides in his MG. A private family only service was held at Merchants Hope Church in Prince George, Virginia on Wednesday, July 7th. A very casual celebration of life will be help at Weston Manor in Hopewell, Virginia at 2:00pm on Sunday, July 18th. In lieu of flowers, donations can be made in Memory of Dan to the VCU Massey Center or the Hopewell Humane Society. The family is being served by J.T. Morriss & Son Funeral Home of Hopewell, VA. Condolences may be registered at www.jtmorriss.

Daniel Winston Harlan, Sr., 64 ended his private and courageous battle with cancer at his home in Disputanta, Virginia on June 28, 2021. Dan was a devoted and loving husband, father, and grandfather. Having met the love of his life, Darlene... View Obituary & Service Information

The family of Daniel Winston Harlan Sr created this Life Tributes page to make it easy to share your memories.

Send flowers to the Harlan family.