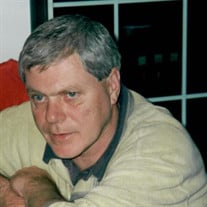 Charles Henry Wilson, Jr., 73, of Prince George County, went peacefully to his eternal resting place on June 4, 2021. He was born on July 13, 1947, and was raised in Raven, VA. He was the son of the late Charles Henry Wilson and Mildred June Wilson. He is survived by his wife of 31 years, Kimberly Wyatt Wilson; daughter Amanda (Amy) Catherine Wilson; and sons Charles Henry Wilson III, and Wyatt Lee Wilson; three sisters, Polly Boyd, Betty Wilson Hull and Amanda Jane Clifton (Estel) and three grandchildren, Karley Paige Wilson, Brennan Lee Hollowell and William Alexander Holmes. After graduating from Richlands High School, Henry studied chemistry at Lees McRae College in 1966- 1967. In his early 20’s, Henry moved to Hopewell to work at Hercules. He later was employed at Philip Morris as a technician in the GC Lab. However, his most rewarding job was being a Field Sales Engineer with Hewlett Packard/Agilent Technologies from 1979-2003. From 1992 to present, Henry owned and operated Cowlings Barbeque, Inc. in Waverly, VA along with his family. Henry enjoyed playing golf, fishing at Buggs Island, traveling in his RV with his family and two beagles, and spending time with his friends at the VFW in Hopewell. A memorial service will be held at 3:00 pm on June 25, 2021, at Unity Baptist Church, 4951 Mt. Sinai Rd, Prince George, VA 23875. The family will receive friends one hour prior to service. Afterwards, a celebration of life will take place at the VFW Post 637 in Hopewell beginning at 5:00 pm. In lieu of flowers, donations may be made in memory of Henry Wilson, to Crater Community Hospice, 3916 South Crater Road, Petersburg, VA 23805, or The VFW Post 637, 1400 Lynchburg St, Hopewell, VA 23860. Interment will be held at the Wilson family cemetery at Pine Creek, VA on July 12, 2021 at 4:00 pm. The family is being served by J.T. Morriss and Son Funeral Home of Hopewell VA. Condolences may be registered at www.jtmorriss.

Charles Henry Wilson, Jr., 73, of Prince George County, went peacefully to his eternal resting place on June 4, 2021. He was born on July 13, 1947, and was raised in Raven, VA. He was the son of the late Charles Henry Wilson and Mildred June... View Obituary & Service Information

The family of Charles Henry Wilson Jr. created this Life Tributes page to make it easy to share your memories.

Send flowers to the Wilson family.