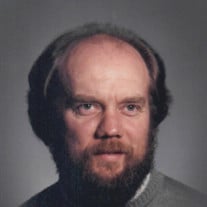 Charles Arthur "Boogie" Shortt III, passed away on March 7, 2022, surrounded by his family. He was born and raised in Petersburg, VA and spent much of his life enjoying time at Burwell's Bay with friends and family. He worked at Brown & Williamson for 18 years followed by a total of 33 years in the propane industry as a master tradesman. His career was spent with Commonwealth Propane, Spencer Propane and Wilkinson Propane until finally returning to Spencer Propane before retiring in 2019. Anyone that knew him would agree that he could never sit still which brought him to Powers Auto Parts as a deliverer until he fully retired in order to spend time with his wife. He enjoyed hunting, fishing, searching for the perfect find at yard sales and singing karaoke with friends. After a lifelong friendship, "Boogie" and the love of his life, Edwina, were married in 2020. His most prized possession in this world was BLUENO2, the truck that he and his son restored together. He was preceded in death by his parents, Charles A. Shortt, Jr. and Rosa Brockwell Shortt; sister, Jackie, and his first wife and mother to his children, Sandra O. Shortt. He is survived by his loving wife, Edwina; brother, Billy; sister, Jean (Jimmy); daughter, Angie (HL); son, Chad (Kristen); stepchildren, Brent (Amanda), Lindsey (Billy), and Wesley; 11 grandchildren, Katelyn, Hunter D, Hunter Lee, Landon, Alaina, Stone, Tripp, Hyatt, Greenleigh, Cash, and baby Waylon. The family would like to extend their deepest gratitude to Tina Vanderwerker and the staff at At Home Care for their remarkable care they provided throughout this difficult time. They would also like to thank neighbor and dear friend, Bill Westerman, for always being "just a call away." He will be laid to rest in the family plot on Burrow Farm in Disputanta, VA with a private service for family. Visitation for family and friends will be held on Saturday, March 19, 2022, from 1:00 p.m. to 2:00 p.m. at the Hopewell Chapel of J.T. Morriss & Son Funeral Home. A memorial service will follow immediately at 2:00 p.m. In lieu of flowers, donations may be made in his memory to the Newville United Methodist Church. 9010 Hines Rd.. Disputanta, VA 23842, or to the Burrowsville Ruritans, 17410 James River Drive, Disputanta, VA 23842, or to Prince George Fire and EMS, P.O. Box 68, Prince George, VA 23875. Condolences may be registered at www.jtmorriss.com.

Charles Arthur "Boogie" Shortt III, passed away on March 7, 2022, surrounded by his family. He was born and raised in Petersburg, VA and spent much of his life enjoying time at Burwell's Bay with friends and family. He worked at Brown & Williamson... View Obituary & Service Information

The family of Mr Charles Arthur Shortt, III created this Life Tributes page to make it easy to share your memories.

Send flowers to the Shortt family.