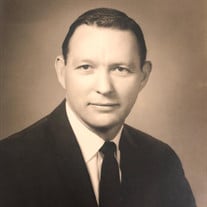 Billy Hillman Wingfield was born on July 14, 1925 in Huntington, West Virginia, the only child of George Washington Wingfield of Charlotte County and Katherine “Kate” Watkins Wingfield of Church Road. Upon his mother’s death at the age of 5, he was brought to Virginia where he was raised by his grandmother, Betty Ford Watkins and Aunt Maude Lee Watkins Harmon. He was raised as a sibling to Laura Gregory, Mildred Erny, Thelma Hall and Chatton S. Harmon who preceded him in death. He graduated from Midway High School in 1942 and attended Washington and Lee University in 1943. Billy enlisted in the Army Air Force and Aviation Air Cadet at the age of 17 to serve in WWII. He was commissioned as a 2nd LT. Bombardier Navigator. After discharge he attended Washington and Lee University for another year and then transferred to VA Tech where he graduated with a bachelor’s degree in forestry. He then received a master’s degree in wildlife biology from Utah State University. He worked for the Indiana Game Department. Billy worked as a microbiologist and immunologist for Ft. Detrick, Maryland before attending the University of Georgia School of Veterinary Medicine. He worked for the USDA for the two years then practiced from 1960-1984 in Petersburg, VA. He is survived by his wife Erma Louise Wray Wingfield; three children, Les Wray Wingfield, Anne Hillman Wingfield-Wilson (Steve) and Billie Kay Wingfield; three grandchildren Courtney Anne Wilson, Katherine Virginia Wingfield and John Hunter Wingfield; two great-grandchildren Payton and Alexander Davis; his beloved English Pointers who also preceded in him death, Mark, Wendy, Gus and Tee, Deek, Lola, Dottie, Christie and his surviving chocolate lab, Riley. Dr. Wingfield has been a member of Gerow Ruritan Club since the age of 47 and was a Treasurer for 20 years. He was past Master of Dinwiddie Masonic Lodge #136, District and was a member of Powhatan Stark #124. Billy was member of Kenwood United Methodist Church in Dinwiddie County, the Chippoax Hunt Club, a 50-year member of AVMA and the Masons, Gerow Ruritan Club. Billy was an avid fly fisherman and quail hunter for over 50 years. A visitation will be held at 10:00 a.m. followed by a Memorial Service on Saturday, May 22, 2021 at 11:00 a.m. at J.T. Morriss & Son Funeral Dinwiddie Chapel, the Burial Service will immediately follow at Trinity United Methodist Church in Church Road. Condolences may be registered at www.jtmorriss.com.

Billy Hillman Wingfield was born on July 14, 1925 in Huntington, West Virginia, the only child of George Washington Wingfield of Charlotte County and Katherine &#8220;Kate&#8221; Watkins Wingfield of Church Road. Upon his mother&#8217;s... View Obituary & Service Information

The family of Billy Hillman Wingfield created this Life Tributes page to make it easy to share your memories.

Send flowers to the Wingfield family.