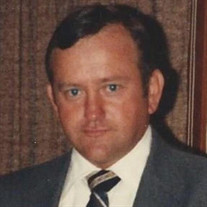 Arthur William Robbins, 73, of Chester, VA, died June 8, 2021. Born in Corning NY on January 8, 1948 to Van Eddington Robbins and Evelyn May Little. He and his wife were 1966 Corning West High School graduates. On July 29, 1967, he married Joyce Helen Rose in the Caton Baptist Church. On their wedding day, he received his notice to take his physical for the US Army and received his draft papers on Christmas Day, 1967. He was inducted the 3rd week of January 1968 at Fort Dix, New Jersey and did his basic training at Fort Benning, Georgia. He arrived in Camron Bay Vietnam in July 1968 - Tuy Hoa Air Base - Phu Heip Army Base. Spent about 4 months on a mountain radio relay sight in the spring of 1969, where he first received notice that his daughter was born in March 1969. He left Camron Bay first week of July 1969 and returned stateside to Fort Dix, New Jersey, then Fort Mead, Maryland. He was discharged in November 1969, came home and went deer hunting. Upon returning from Vietnam, he went to work for his brother-in-law Dean Davies in the construction business, then went on to work as a carpenter until 1980. In January 1978, Art gave his life to God and was called to the ministry. In June 1980, he moved his family to Indiana to attend Bible College and returned in 1982 to live near his brother in Pennsylvania. He worked on dairy farms and as a carpenter while doing his ministry work. In January 1985, with the local economy in dire straits, Art moved his family to Virginia Beach, VA to return to the construction industry. He was a carpenter foreman on several large hotels on the beach, an amusement park, and a large addition on the Kings Daughters Children’s Hospital in Norfolk, VA. Then he became a self-employed master carpenter. From August 1988 to July 1997, Art worked as a carpenter and joined the Local Carpenters Union in the Corning, New York area. Then he moved his family (again!) to Richmond, VA, where he once again worked as a self-employed master carpenter and wood worker until he was disabled. Art’s two passions in life were hunting and woodworking. He loved his children and worked hard to make sure that they were going to have a better life than he had. He enjoyed his grandsons and was excitingly awaiting to see his soon to be born twin grandson Cole James Robbins and granddaughter Bayleigh Brooke Robbins. Art is survived by his wife of 53 years, his daughters and sons-in-laws, Ann & John Balch of Tioga, PA and Amy & Joseph Henderson of Mechanicsville, VA. Sons and daughter-in-law’s, Benjamin & D’Lorah of Sandston, VA, Jonathan & Laura of Fredericksburg, VA and Robert & Whitney of Chester, VA. His three grandsons, Evan Pierce Robbins, Cashell Paul Henderson, and Samuel Jonathan Robbins. He is also survived by his brother Roger, sisters Patricia Darcangelo, Bonnie Gillis, and Nancy Horton, and sisters-in-law Patricia Robbins and Carol Robbins plus several nieces and nephews He was predeceased by his brothers Carlton, Robert, and Edward and his sisters Norma Davies and Barbara Boyce. His nephews Daniel Robbins, Lane Robbins, Troy Robbins, David Davies and a niece Deborah Robbins. The funeral service will take place on Monday, June 14, 2021 at 11:00 am at the Chester Chapel of J.T. Morriss & Son Funeral Home. The family will receive friends one hour prior to the service. Interment will follow at Sunset Memorial Park.

The family of Arthur William Robbins created this Life Tributes page to make it easy to share your memories.

Send flowers to the Robbins family.