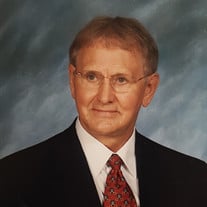 Our beloved father, Dr. Alexander "Al" Matthew Waitkus, son of Mollie Theresa Korosec and Alexander Victor Waitkus; grandson of Alexander Jasper Waitkus, Ellis Island immigrant from Lithuania; and grandson of Mike Korosec, Ellis Island immigrant from Slovenia, passed away on May 2, 2022, following his wife, Dr. Nancy Ann Burton Waitkus, who preceded him on January 23, 2002. Born May 10, 1937 in a house in the impoverished coal mining town of Coketon, WV, he lived and grew up with his parents and younger brother, Robert Lee Waitkus, in the house beside the place of his birth. From this beginning, he excelled in academics and sports, attended Thomas High School, where he played football and lead his basketball team to the county championship, graduating with honors in 1955. In the pursuit of better opportunities, he joined the U.S. Army and received an appointment to enter West Point as a cadet in 1956; however, he was unable to attend due to less than perfect eyesight. He attained the rank of Sergeant and became a radar instructor for the Skysweeper antiaircraft system at Aberdeen Proving Ground in Maryland. His three years of military service enabled him to pursue higher education, travel across Europe, and build a life beyond the coal mines. He attended West Virginia University where he earned a degree in Electrical Engineering in June 1962. With limited financial resources, he took advantage of the WVU Dental School's student clinic, which is where he met his future wife, then dental student Miss Nancy Burton, who took over his dental care from her classmate, the to be Dr. Jack Bledsoe, who introduced the couple. After being married in April 1963, he and his wife, now Dr. Nancy Ann Burton Waitkus, moved to Roanoke, Virginia where he worked for General Electric and his wife practiced dentistry. Later that year, they had their first child. On track for a promising engineering career, having worked on G.E. teams designing electrical systems for bucket wheel excavators and prototypes of NASA mobile launch pad crawlers, his ambitions and the encouragement of his wife inspired him to return with the family to WV, where he entered and graduated from the West Virginia University School of Dentistry in May 1970. In 1972, he, his wife, and now three children moved to Rochester, NY, where he attended the Eastman Dental Center and earned a Certificate in the specialty of Orthodontics in June 1974, while his wife graduated from a specialty program in Pediatric dentistry. In 1976, he earned a Master of Science from the University of Rochester. During this period, he pursued a research project focused on developing a treatment for cleft palate. In 1977, he presented the results from his project at the Conference for the International Association for Dental Research in Copenhagen, Denmark where he won the Hatton Award, First Place, Graduate Division. When his wife received an opportunity to join a dental practice to Virginia, the family moved to Chester, VA, where he opened a solo orthodontic practice. Years later, he opened a second practice with his wife in Colonial Heights, VA circa 1985. In this period, he continued his professional development and fulfilled the requirements of a comprehensive case study presentation to demonstrate the body of his work, for which the American Board of Orthodontics certified him as a Diplomate of the Board of Orthodontics. In the latter part of his career, Dr. Waitkus practiced orthodontics in Virginia Beach, VA until his retirement. Within the last few years, he returned to Chester, VA to be near his adult children and grandchildren. Dr. A.M. Waitkus is survived by his children, Alexander Paul Waitkus, Pamela Ann Waitkus and Mark Daniel Waitkus; his caring daughter-in-law, Alyssa Waitkus; his four grandchildren, Alexandra Riley, Veronica Wynn, Nancy Jane, and Jack Chamberlain, his youngest best buddy; his cherished cat and companion, Blackie; and his most dedicated staff, "the assistants," who watched over him in his final days with such a level of skill and care to earn his most sincere appreciation. He was a dedicated father and a really good dad. He was also a dedicated dentist committed to improving the lives of his patients one smile at a time. He was active in supporting his community as a President of the Chester Lion's Club, a Civil War and World War II history buff, a music lover, an art collector, and a skilled research scientist. While he also enjoyed recreational sailing, astronomy, restoring antiques and old houses, where he could combine his artistic aspirations with his exacting engineering mindset. When it is all said and done, his children were his proudest accomplishment. We will miss our dad more than he could have imagined, and we take solace in the belief that he will know we love him as much as he loved us. Keep him well. He enjoyed flowers, but also appreciated practicality, so if you should choose the latter in lieu of flowers, donations may be made to the Legacy Hospice, 1801 Bayberry Ct. Suite 201, Richmond, VA 23226, or the Chesterfield County Fire Department, 4325 Old Hundred Rd, Chester, VA 23831, or St. Ann Catholic Church, 17111 Jefferson Davis Hwy, South Chesterfield, VA 23834. The family will receive friends at the Chester Chapel of J.T. Morriss & Son Funeral Home, 3050 W. Hundred Rd, Chester, VA 23831 on Friday, May 13, 2022 from 4:30 to 7:00 p.m. Funeral services will be held at the funeral home on Saturday, May 14, 2022 at 11:00 a.m. with burial at Sunset Memorial Park, Chester; in eternal rest alongside his wife, his Lil' Darlin'. Condolences may be registered at www.jtmorriss.com.

The family of Dr. Alexander Matthew Waitkus created this Life Tributes page to make it easy to share your memories.

Send flowers to the Waitkus family.