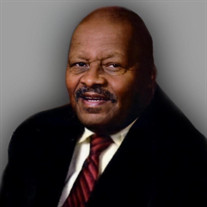 Addison Sylvester Varner, Jr., 71, better known as “Buddy” left this earth on Thursday, September 2, 2021. He was born on Wednesday, September 27, 1950 at 10:46am at Walter Reed Army Hospital in Washington, DC to Addison Sylvester Varner, Sr. and the late Janice Lenore Mundy Varner. Buddy was the oldest of seven siblings and grew up in Fairfax, Virginia. In August of 1970, Buddy married the love of his life, Gwendolyn. He attended Northern Virginia Community College where he received his A.S degree in general studies and the Online Academy of Biblical Studies for his four-year certificate. Buddy worked as a policeman for the Atlanta Police Department in Georgia, where he earned the nickname, “Skateboard” because of his athletic ability which enabled him to catch and detain offenders in some of the most dangerous parts of Atlanta. He was a courageous officer. Buddy also was a Fairfax County Deputy Sherriff graduating as Vice President of his class, Fairfax County Resident Counselor and a retired U.S Postal Service worker for Richmond, Virginia. One of the things he loved the most was teaching people the gospel, which included the inmates at Riverside Regional Jail. He was a faithful member of Cold Harbor church of Christ in Mechanicsville, Virginia where he served as one of the song leaders. Buddy is survived by his loving wife of 51 years, Gwendolyn Claire Varner; three daughters, Adamia Simone Varner, Charity Mercy Kelly (Donnell), Robin Imani Varner; Father, Minister Addison S. Varner, Sr.; Siblings, Minister Adrian Varner (Beverly), Floyd Varner (Gwendolyn), Dr. Evelyn Whitehead (Brodie), Minister Andria Frett (Vernon), Emma Johnson (Charles), Lawrence Varner (Delores); Sister-in-law, Sonya Gail Wise Roberts (Edward); Brother-in-law, Glence Wise III (Jonetta); Nephew, Benjamin Wise; grandchildren, Giovanni, Dominique, Jordana, Christian, Tatiana, Yohan, Baobab, Ricky, Jr., Vicky, Roseangela and Hannah; great-grandchild, Asher; and numerous nieces, nephews, extended family and friends. The family would like to express our sincere gratitude to our Aunt Bernice Perry of Washington, DC, for all of her love and support. A visitation will be held from 10:00 – 11:00am on Tuesday, September 21, 2021 at J.T. Morriss & Son Funeral Home, Chester Chapel with a celebration of life to follow at 11:00am. Interment will immediately follow the service at Sunset Memorial Park. Condolences may be registered at www.jtmorriss.com.

The family of Addison Sylvester Varner, Jr. created this Life Tributes page to make it easy to share your memories.

Send flowers to the Varner family.