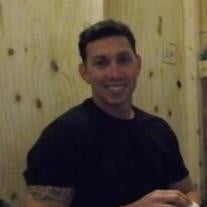 SGT Aaron Xavier Wittman, 28 of Chester, VA left this earth on 10 January 2013 while serving in the Khogyani District, Nangarhar Province, Afghanistan from injuries sustained when his unit was attacked by small arms fire while on mounted patrol. He was assigned to 3rd Battalion, 69th Armor Regiment, 1st Brigade Combat Team, 3rd Infantry Division, Ft. Stewart, Ga. Aaron graduated from LC Bird High School in 2003 and The Citadel, Military College of South Carolina, Lima Company Class of 2007. Aaron served in the SC National Guard while attending The Citadel and deployed to Afghanistan with the 218th Brigade Combat Team in 2007. While assigned to Forward Operating Base Shkin, he was awarded the Combat Infantryman Badge (CIB). After returning from Afghanistan in 2008, Aaron reentered the Citadel as a Veteran Student, completed his last semester, and walked across the graduation stage with his four deployed classmates with the Class of 2009. Totally committed to family, friends, and country, Aaron enlisted in the U.S. Army in 2010 and was ultimately assigned to the 3rd Infantry Division and was promoted to Sergeant. Aaron was Airborne qualified, fluent in the Pashto language, exceptionally fit and loved his Soldiers. Aaron received numerous awards to include the Purple Heart and Bronze Star posthumously. Aaron was an amazing son, brother, and friend and treasured the southern lifestyle of Charleston, SC that included fishing, crabbing, and extensive beach time with his friends and classmates. His childhood, Citadel and military friends will always remember him for his infectious smile and humor. Aaron cherished his dog Midnight, which he and a friend adopted after returning from their first Afghanistan deployment. His beloved Sarah Blakeley brought him much happiness during this last year prior to deployment. He is survived by his parents; Duane and Carol Wittman; brother, Capt Nicholas Wittman USMC, wife Rikki Felts Wittman and son Wesley; sister, Amber Wittman and CW4 Billy Frittz USA and soon to be baby Frittz; grandmothers, Mrs. Betty Wittman and Mrs. Tommi Contreras; eleven uncles and ten aunts; and twenty-one first cousins. Aaron will arrive at the Chesterfield County Airport on Thursday, 7 Feb; Family Only. Visitation will be on 7 February at the J.T. Morriss & Son Funeral Home in Chester, VA from 4-8 pm. Catholic Funeral Rites will be at St. Augustine’s Catholic Church at 8 am on Friday 8 February. Due to travel requirements to Arlington National Cemetery, there will not be a reception following Catholic Services. The Wittman family extends an invitation to all friends to attend interment and the memorable Full Military Funeral Honors in Arlington National Cemetery at 1 pm. In lieu of flowers, the family requests contributions be made to the Jeffrey Reed Memorial Scholarship Fund, P.O. Box 55, Chesterfield, Va. 23832 or the Fisher House Foundation @ www.fisherhouse.org. Condolences to the family may be registered at jtmorriss.com.

SGT Aaron Xavier Wittman, 28 of Chester, VA left this earth on 10 January 2013 while serving in the Khogyani District, Nangarhar Province, Afghanistan from injuries sustained when his unit was attacked by small arms fire while on mounted patrol.... View Obituary & Service Information

The family of Mr. Aaron Xavier Wittman created this Life Tributes page to make it easy to share your memories.

Send flowers to the Wittman family.